A fundraising celebration of radical and independent publishing in Aotearoa New Zealand and beyond was held on Saturday September 26, 2015 at Moon Bar in Newtown, Wellington. 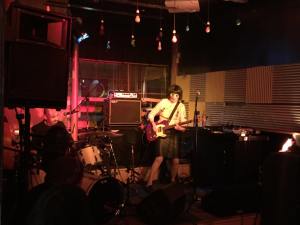 AK Press is a worker-run, collectively managed anarchist publishing and distribution company, in operation since 1990. On March 21st of this year, a fire in a building behind AK’s caught fire and the fire spread to AK’s warehouse. Two people living in the building died in the fire, much of AK’s inventory was damaged by water and smoke, and the city has deemed their building uninhabitable. While they have suffered a major blow they are carrying on and continue to publish and distribute anarchist and radical literature around the world, including to Aotearoa New Zealand. But they need all the help they can get and all money raised at this event will go directly to their fire relief fund.